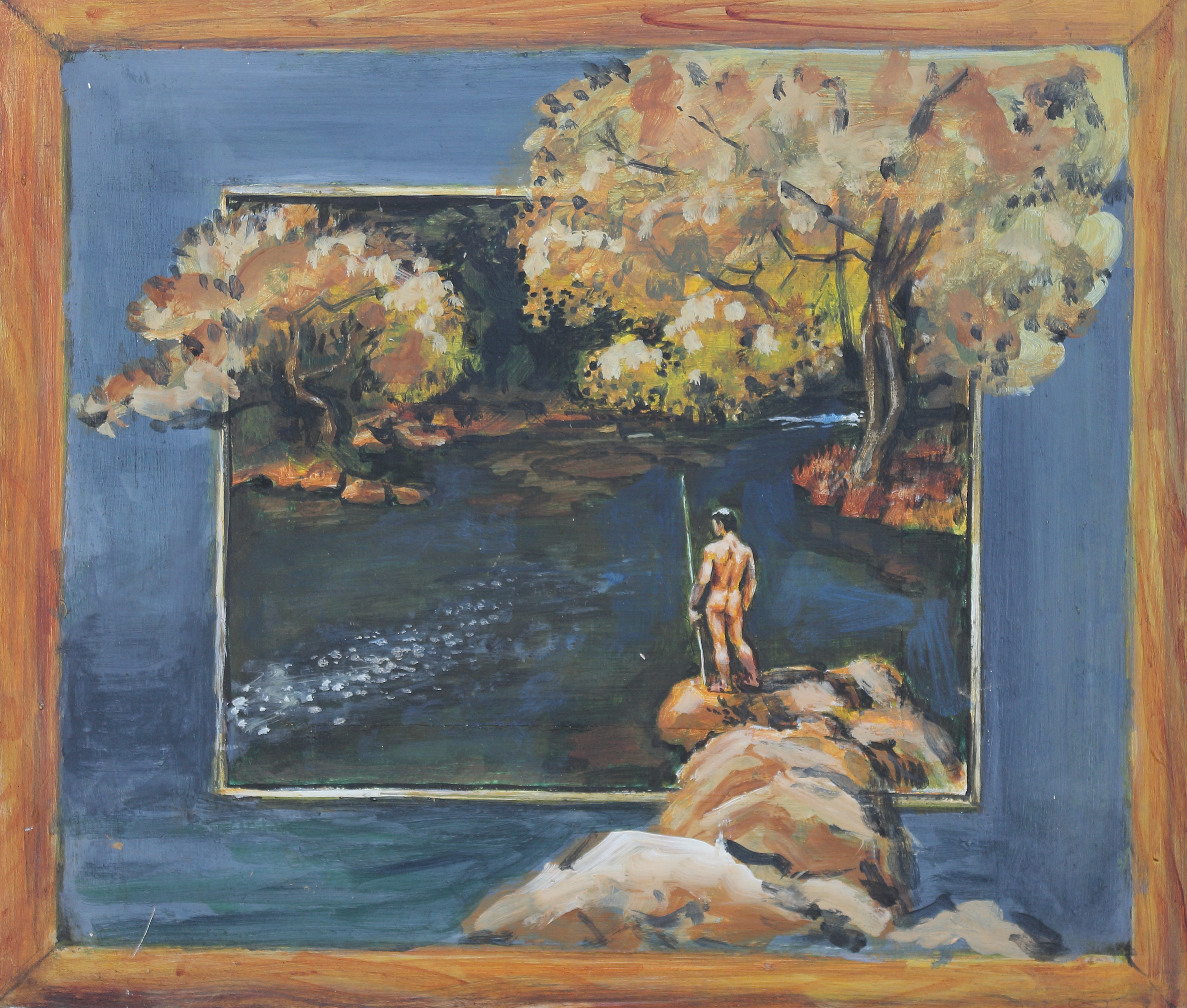 The image below is Frith’s Panhistorical Grid, an attempt to display the historical and cultural forces that Frith perceives to have shaped the course of world history. Below that is a grid of recommended readings for each square of the grid enabling the reader to explore what Frith believes to be the dominant modes of thought and cultural forms in each era depicted in the grid and through them to grasp Frith’s Panhistorical theory.

The Evolution of the Panhistorical Mindset

This Iconographic Grid can be used as a map to follow the formation of the Panhistorical Mindset, a style of thought and action, fundamental to the modern world, which derives not from any one tradition, but all. The Reading List gives some primary sources from which to appreciate its stages, and this narrative it evolution.

The Taxonomy of the Grid

The four vertical column, O M I C, (Occident, Middle East, India, China) represent the geographical regions of Panhistory, and, just as archaeological layers ascend from the remote past up to the present, the horizontal bands show the rise of the panhistorical epochs, E F G H, (Epic, Faith, Golden, Home). Te origin and destination of Panhistory is reflected in the extra squares outside the Grid, AM and AU at the top, AF at the base, which represent the journey of humanity, coming out of Africa with modern humans around 80,000 BC, and culminating in the union of Eurasia with the Americas and Australasia. The Grid thus classifies and tabulates the whole of History.

The style of the Grid’s scenes and icons is that of Mesopotamia seals, symbols from the oldest civilisation. On the right of the Grid is a mountain with rivers flowing into the seas. This represents the main characteristic of the East: the lofty reaches of the Himalayas, whence descends the Yellow river of China and the Indus and the Ganges of India, upon whose shores arises the practice of Yoga, which leads to individual enlightenment. On the left is a tree, representing the main characteristic of the West: that of the growth of the Tree of Knowledge, which leads to Communal Science. The inter-relation between East and West begets the story of Panhistory.

The Story of Panhistory: the Epic Age and the Faith Age

The story begins when, in Act One, man comes out of Africa to India, and by 2,000 BC has evolved the cult of individual self-reflection, later called Yoga. There is no evidence, except as a kind of yearning felt in its main epic, that Mesopotamia knows of the Yoga of Enlightenment, and this ignorance is shown by the vertical line with bars excluding influence from the East. The cult of Enlightenment is represented by the trident of the Indian God of Yoga, in square E I.

Square E M encloses the icon of a two-forked weapon. This symbolises, in its earliest recorded point of commencement, the Epic Age of Heroic Chivalry, when society owed its existence to warriors, and the epic was the means of record and expression. The epic is famously evidenced in Mesopotamia, Greece and India, but not in China, and in Greece its warrior cult of debate leads to that of a city-based Democracy. In India alone, however, the epic heroes are aware of Yoga, and this awareness drives the action of Act Two.

In square F I is the icon of a wheel, the symbol of Buddhism. This illustrates how, when the warrior-prince Buddha invents Evangelism and sets rolling this quasi-military form of recruiting candidates for Enlightenment, he inaugurates the Age of Faith. For Buddhism takes over India and finds its way into China. Then Christianity and Islam use evangelism to have their faiths triumph over all others, bringing the world to a unique state of spirituality.

The Begetting of the Golden Age and the Indian Renaissance

Among those of the heroic caste in India the refinement of Buddhism blended with their own epic vigour to give birth to the Age of Romance Chivalry, which dawned in the Golden Age of the Guptas, its point of origin, G I, symbolised by the star of the Love-goddess. This then inspired the other Golden Ages, of the Tang in China, the Abbasids in the Middle East and via the Arabs the Angevins of Europe. These cultures combined the old epic masculine virtues with a deference and devotion to feminine sensibilities, through the chivalric service shown to ladies by the prince (Gupta), the mandarin (Tang), the merchant (Abbasid) and the Knight (Angevin).

In India the free-and-easy spirit of Romance Chivalry supported the rise of communal self-reflection, which allowed the sage Shankara to promote through the centres of a strongly Buddhist India a Renaissance of the original Epic Yoga, now known as Vedanta. This is symbolised, still in square G I, by the same trident as before, but now enhanced above by a prone crescent, signifying the ability of a society to reflect downwards archaeologically into its own history. Also symbolised here is the resulting reflorescence, as if from contact with an artesian well, of a well-sprung flow, one on either side of the trident, symbolising the ad fontes nature of Renaissance.

The Peculiar Situation in Christian Europe

The Abrahamic Faiths, following their triumph in the West, suppressed all religions but their own and, as indicated by the horizontal line with bars, brought a state of self-hermitisation from the Pagan past. In the Moslem World, which took over the populous and wealthy cities of Greece, Eastern Rome and Persia, the Faith of Islam, which in both its scripture and history had a strong warrior-element, revitalised society to produce a Golden Age.

But in Act Three of Panhistory’s drama, the state of self-hermitisation, along with the pacific nature of Christianity, led in Western Europe to a collapse of civilisation into the Dark Ages, a serious decline in population and the total demise of a city like London. Society then reverted to that of a Heroic Age, but, unlike the maintenance of Christianity in monasteries. And when in Western Europe, in an accelerated fusion, the styles of the Epic Age and the Faith Age were enhanced by that of the Romance Age, it led in England to the evolution of a kingdom-based Democracy.

Whereas Romance among the Abbasids, the Tang or the Guptas was mainly practiced by the noble class in a metropolitan society, Romance in Europe flourished among such castles, abbeys, woods, hermitages and townlets as are stuff of Arthurian romances. In this playful and fertile landscape a breed of youthful, vigorous and refined lovers fostered a Renaissance. This is reflected in square H O, where, through the hermitising bars, for knight errants, athirst for experience, tests and adventure, the self-reflection of the prone crescent draws from the great city-based fountains of the Classics. Beginning in Florence they revived the art, science, capitalism and republicanism of Greece and Rome, and from a new fusion inaugurated the Early Modern World.

In the last act of the drama, the square H C encloses the icon of an arrow-like spade. This represents the Practicalism of China, and the global spread in the Home Age of such Chinese practices as the Famous Four, of gunpowder, printing, paper and the compass, but also of the bureaucratic. For in 1806, in their College in England, the East India Company adopted the Chinese bureaucratic practice of appointment by open examinations, followed soon after by the British Civil Service, then the American, acknowledging it as the “Chinese system”. Other Chinese technologies, such as porcelain manufacture, also helped spur the British Industrial Revolution.

In 1870 in Arlington Street in London’s St. James’ a party was held to celebrate what was a breakthrough in world-consciousness, as by global telegraph cables messages passed between the Prince of Wales, the US President, the King of Portugal, the Khedive of Egypt and the Viceroy of India. At the top of the grid, six prone crescents are seen to extend this global reflecting-power. Representing the sky-dishes of the internet, they complete the work of the land- and sea-cables, and bring for the benefit of all beings the Panhistorical Mindset.